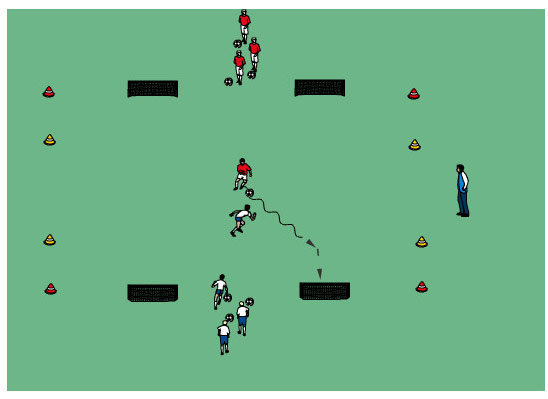 The Game: Red attacks the white defender.  He tries to score in either of the gates (pugg goals are the best).  Once Red is successful, scoring or taking a shot, the first white player in line immediately tries to attack the Red teams’ two goals.  The initial red attacker quickly recovers “transitions from offense to defense” (Pictured below).  When a player wins the ball during the initial 1v1 he/she tries to attack the opposing teams’ goals.

When the opponent has scored or taken a shot you (the defender) join the end of your line.  Players that are “off” should always have a ball at their feet ready to begin the “fast break attack”.

Note: Coach can create an attacking zone (pictured) where the attacking player can not shoot for outside this area.  Attacking zone should extend approximately 7 yards from the end-line. 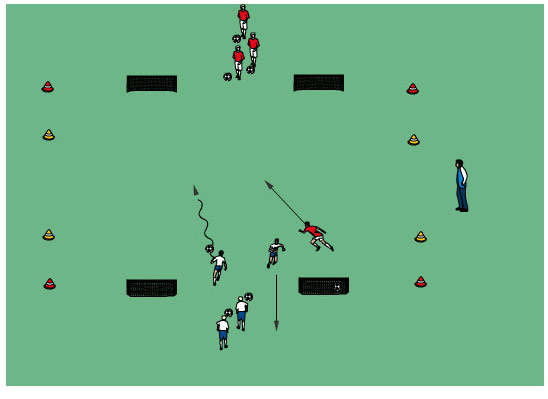