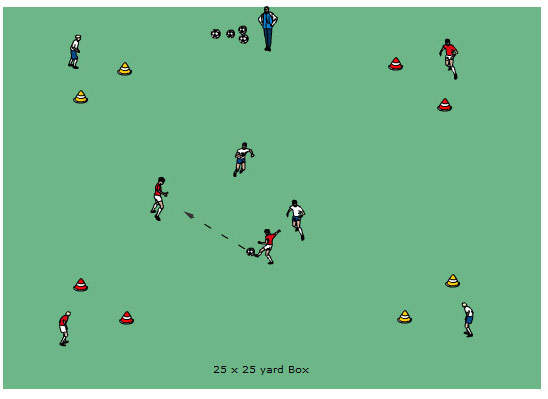 The Set-up: Two teams of four players play 2v2 inside a 25 x 25 yard box, with the other 4 players serving as targets (as pictured).

The Game: The red players try to score by playing to a red teammate in either gate than receiving a return pass and completing a pass to their other teammate in the diagonal gate. White tries to win the ball and score by doing the same as red, but to their teammates in the other gates.

Note: Rotate the players in the middle to the outside every 2 minutes! Coach should have a supply of balls to keep the exercise moving. Play at least two rounds before moving to the progression. 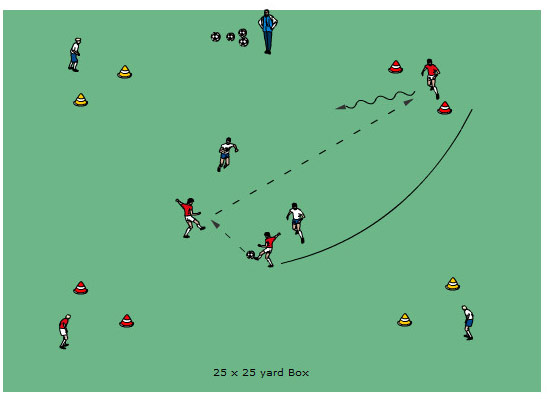 The Game: Same as initial exercise, but now if you play to the ball a teammate on the outside, they join the game and you fill the gate they vacated. Points are still scored by transferring the ball from one gate to the other.