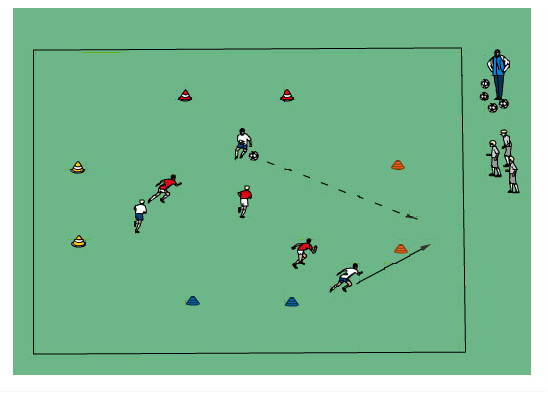 The Exercise: Two teams of three players play on a rectangular field vs. one another to 4 gates.  Goals are scored by passing the ball through any of the four gates to a teammate.  Games are to three.  Winning team stays on.

This is an excellent exercise for a coach to observe players technique, decision making and competitiveness.