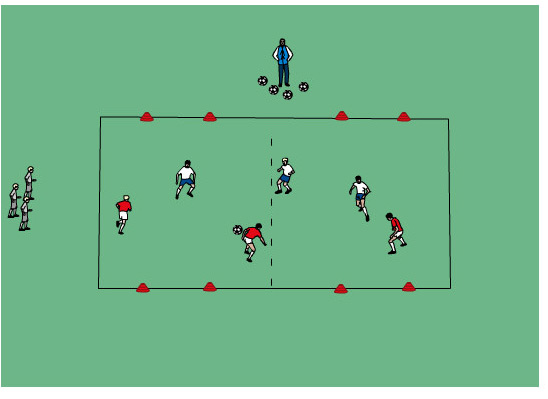 The Game: Teams play a game of 3v3 where they attack two goals and defend two goals.  The field is divided into 2 channels (as pictured).  One player from each team must remain in each channel.

Note: This will create 1v1, 2v1 and 2v2 situations.  One player can always move into the channel that the ball is in to support the attack or aid in the defense.  This is a great game for recognizing numbers up situations and changing the point of attack.

If you have 9 players, play 3v3 games to 2 or 3 goals and rotate the third team in.  Winner stays on!  If you have 12 players set up an additional field and have a round robin tournament.