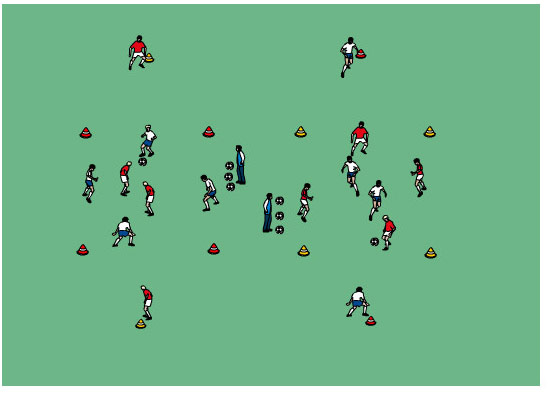 The Set-up: Divide the team into two groups of 8. Create two 15x 15 boxes with a two discs 5 yards vertically outside the box (as pictured). Coaches should stand in between the two boxes with a supply of balls.

Rotation: After both defending and being target players for a series, teams should switch roles. This will give each group two segments of possession, one turn of defending, and one turn as targets. Coach can have players do everything a second time.

Note: Coach should adjust numbers accordingly. Example- If you have 10 players, only use one field and play 5v3 with 2 targets.