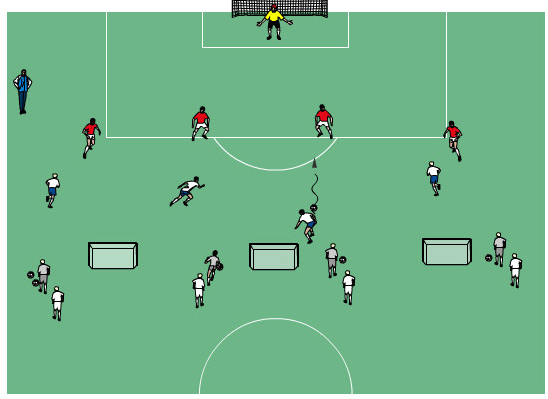 The Set-up: (as pictured) Designate 4 teams of 4 by color (grey/white & blue/red/white). Play on an area the full width of the soccer field x approximately 40 yards long. Use one large goal and three counter goals (pugg goals ordiscs).

*If you don’t have enough players for four teams of 4 you can have teams of 3.

** If your teams are smaller in numbers you should tighten up the space of the playing area. 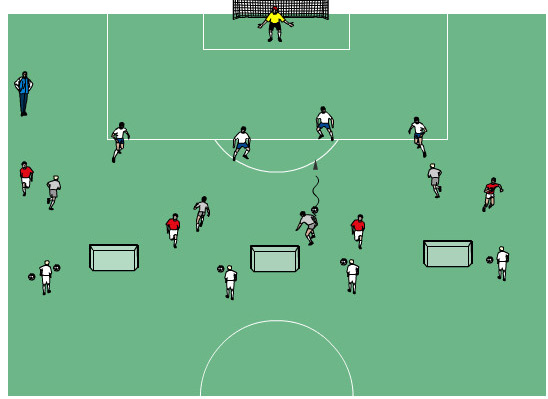 Note: This game is heavy on fitness and should be played for a maximum of 10 to 15 minutes.