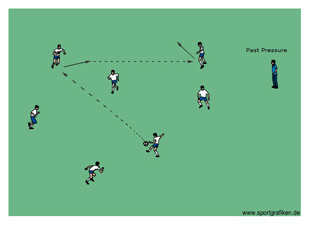 The Set-Up: In a free space 6 to 8 players with one ball.

The Exercise: The players move freely throughout the area.  When the ball is played to a person, they must take a touch that is big enough that it would take them “past pressure” from a defender.  They should pass the ball to any other player with their second touch. 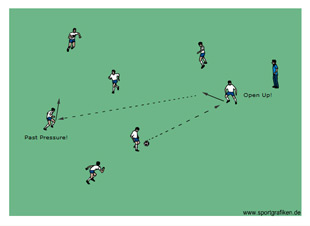 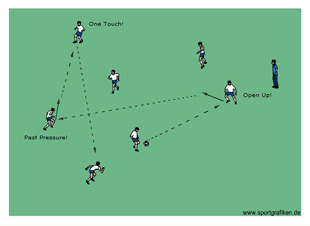 The Exercise: The exercise continues with the same pattern as before, but now the third person must play a first time pass (one touch) to any teammate.  That player should take a touch “past pressure” and play to a teammate who “opens up” and plays a ball to a new player who MUST play one touch.