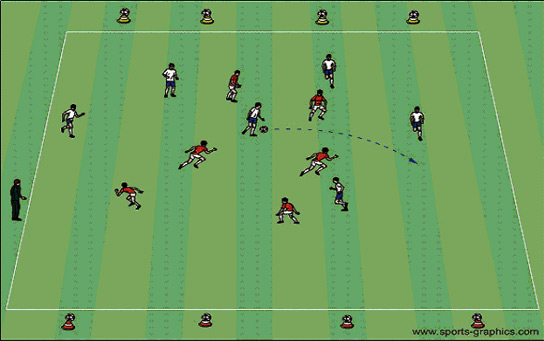 The Set-up: Field should be 40 yards long x 25 yards wide.Place 4 balls on top of discs a few yards past each end-line.

The Game: Two equal numbered teams (6v6 pictured) play a “live” game where they try to knock the balls off the opposing team’s disc.White attacks one direction, red the other direction (like a game).No player can defend past their own end-line.

Variation: Play a game until one team knocks all the opponents balls off the disc. (don’t reset the balls). This will become increasingly more difficult since there will be less area to defend each time a goal is scored.