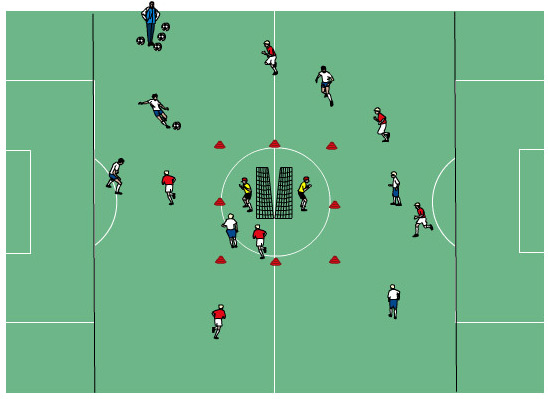 The Set-up: Two goals placed back to back inside the center circle. Field should be full width with the end-line being the top of the penalty box. Mark off a box around the center circle with discs. Two even numbered teams’ minimum of 6 field players per team.

The Game: There are several variations. Coach should have a supply of balls to keep the game moving. Two constant rules no matter what variation you choose to play is that players can only stay inside the disc’d area for 5 seconds at a time. Finishing inside the inner box must be done first time or “1-touch”. 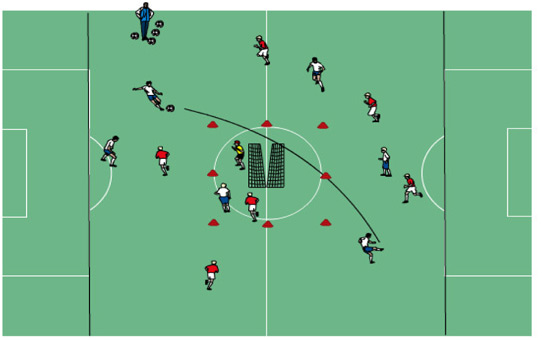 Playing with one goalie will promote quick switches of the field!