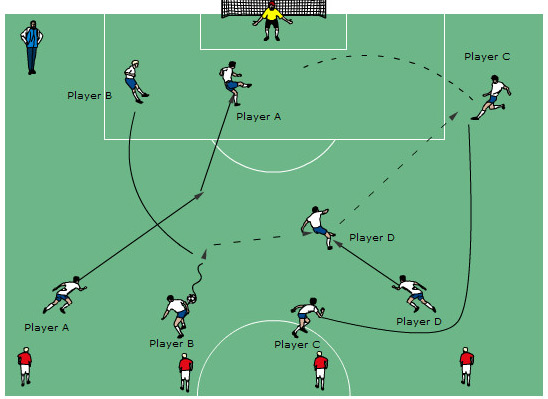 The Set-up: Half the field, one large goal, several balls.

All Players (A, B, C, D) begin their movement once Player B begins to dribble the ball. D should run diagonally inward to support Player B. Player C should immediately make a long overlapping run into the space opened up by Player D’s movement. At the same time Player A should make an advanced inward run.

This exercise is best with 12 or more positional players. This will allow the activity to be continuous while allowing for players to recover to their original position as the next groups of 4 head toward goal.