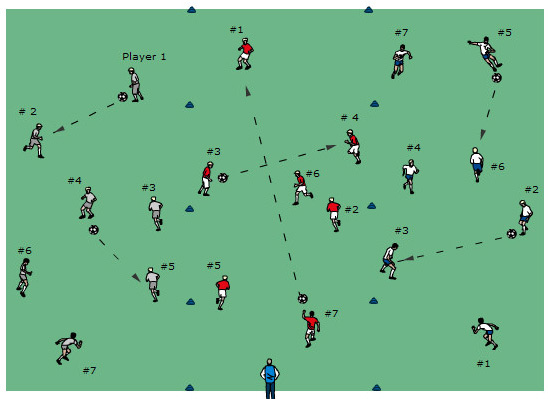 You can begin with one ball, but should quickly add a 2nd ball, it will double the number of touches players have throughout the warm-up. 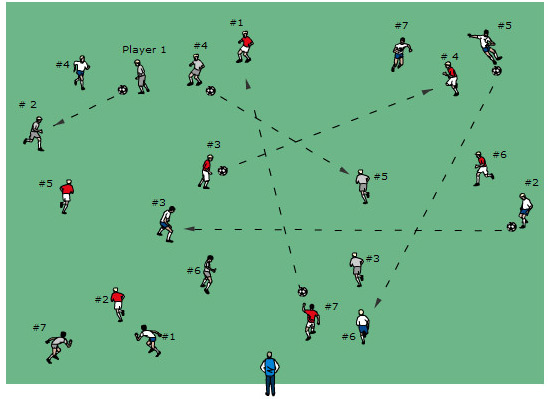 The Set-Up: Same as above, but take away the discs that divided the field in 3rds.

The Game: Still chain passing, but now there will be more confusion with all the teams spread throughout the area.

Note: There is still no defensive pressure, but the exercise is much more advanced for players.  They have a larger area to cover (passes are done over a greater distance) and there are 2 to 3 times as many players (forces greater communication and getting head up).

* Initially players will probably begin mixed throughout the zones and then move to one zone like the initial exercise.  If this happens, freeze the exercise and point this out to the players.  Restart the game and encourage players to keep the spacing.