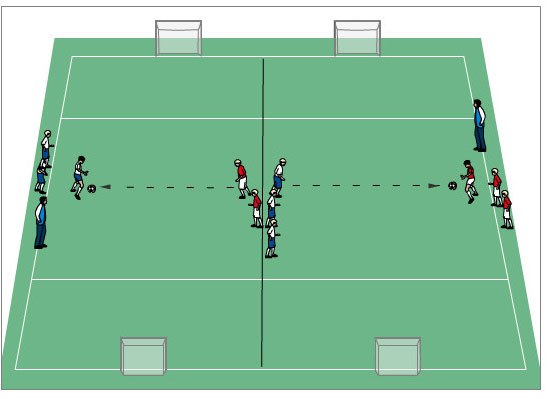 The Set-up: Field should be approximately 25 yards wide x 20 yards long.  Set-up 2 two yard goals with discs, place a blue disc in front of one side of the goal.  This designates that that side of the goal can’t be attacked.

Rotation: White starts with the ball for 3 minutes and then switches roles with red.  Allow each team to do both roles twice.

This exercise is best with groups of 8 to 12 players.  It is physically demanding. 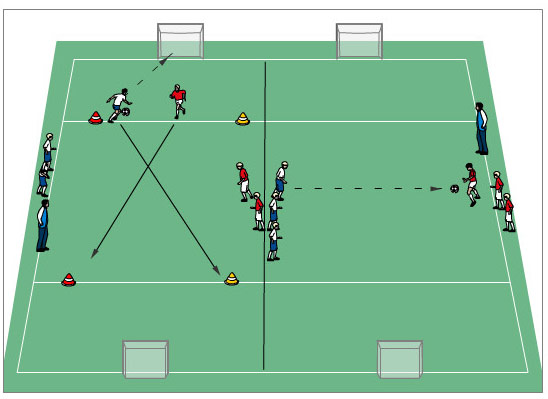