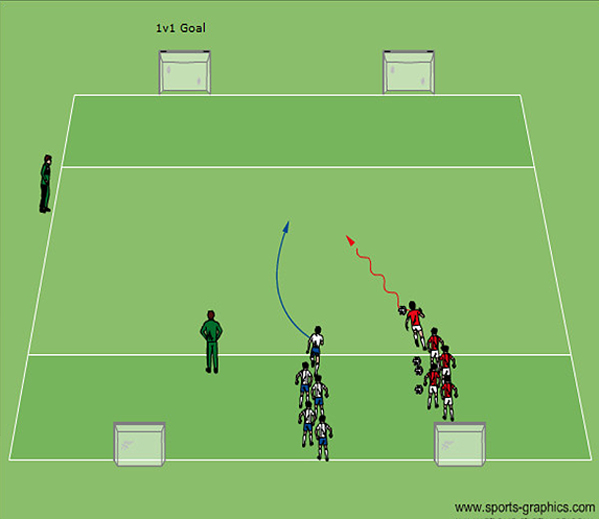 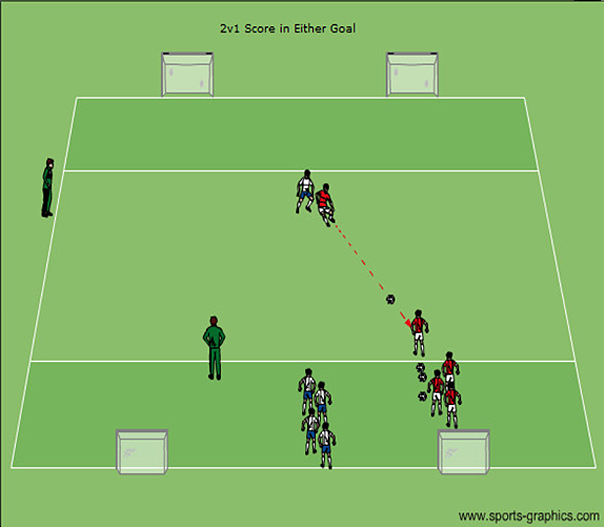 The Set-up: Divide the team into two equal groups (red and white). The first Red player starts with the ball and can score in the goal diagonally across from his/her line, but must be in the shooting zone for a goal to count. The Game: The first red player attacks the diagonal goal with the dribble. Once he/she touches the ball, the first white player moves out to defend. Red can continue to attack 1v1, but if white recovers quickly, red can turn and play back to a teammate, creating a 2v1. In the 2v1, Red can score in either goal. Note: the coaches should position themselves as in the diagram. One coach can enforce the off-sides law in the 2v1 situation, the other can serve as a target for the white defender to play into when he/she wins the ball. Focus:

Rotation: Switch roles after 4 minutes. Allow each team to attack and defend twice.