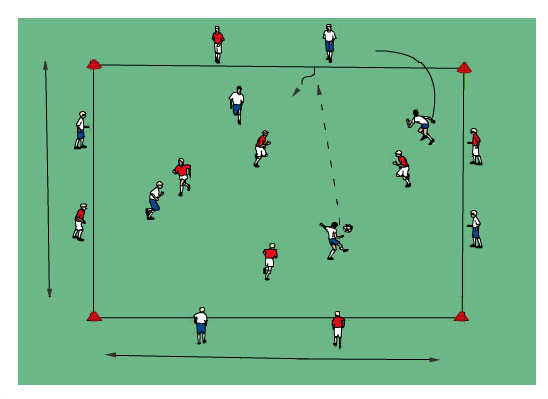 Set-up: Two teams of eight players.  Split team up so that it is 4 v4 in the middle, with 4 players on the outside for each team. (as pictured).  If you have teams of 7 play 3v3 in the middle.

The Exercise: The players on the outside are free to move along their line.  When a ball is played to them, their first touch must take them into the playing area and a teammate must fill the line.  Players on the outside are not allowed to defend one another initially (as the players become better at the game you could remove this restriction).  This creates an 8 v 4 superiority for the attacking team.