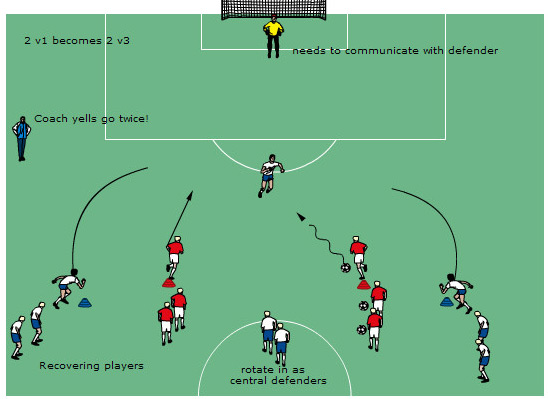 The Game: as pictured.  Off-sides is in play.  Coach should position himself in a manner that he/she can enforce the rule.

Rotation: Once the attack is over.  A new central defender should step out and exercise begins on coaches’ command.

Note: You may want to begin this exercise without recovering players.  Straight 2v1.  This will force communication between the goalie and central defender.  When you add the recovering players it will force the attackers to have a greater urgency to get forward quickly.