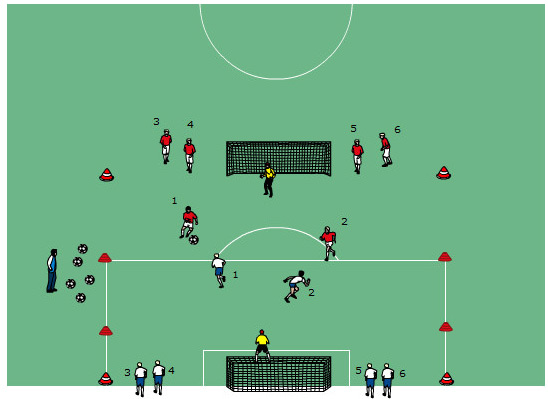 The Game: Two teams, each player is designated a number. The coach calls out the numbers of the players. These players then run out from the end line to play the game. The coach serves balls from the sideline if the ball goes out of bounds or into a goal. Each group should play for a minute and a half of continuous action. Players waiting to come on should return loose balls to the coach, or act as “support” players, returning passes back to the team who made them. The number of players playing at one time depends on the coach’s objectives. This game is best played 2 v. 2 or 3 v. 3.